As I do not live in a very vegan friendly area by way of cafe’s and restaurants, I quite often tend to travel to get some food in the city with a close friend of mine. Yesterday we visited Black Cat Cafe in Hackney, which is one of our longer trips for food but definitely worth it. 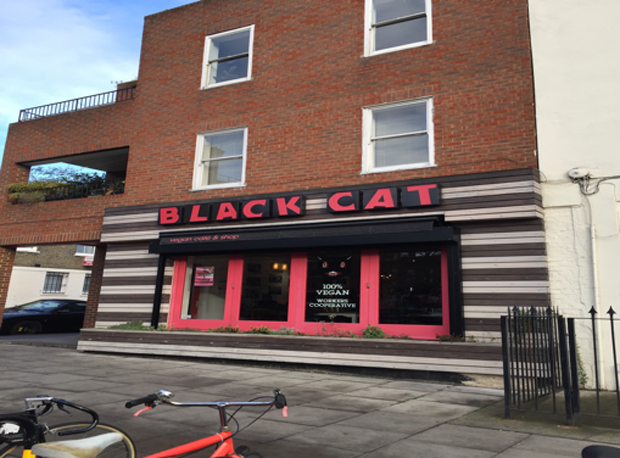 The Black Cat is a 100% Vegan Cafe. The food there is amazing with portion sizes big enough to satisfy anyone, the Staff are all really friendly and it has a really nice chilled vibe to it. For the food your getting it is Exceptionally cheap too. The ‘Meatless Burger’ which I had (see below) was only around £7.50 if I’ve remembered correctly, which came with wedges and salad too. They also have a good range of desserts and snacks which you can take away, including ‘sausage’ rolls. I went for a cinnamon roll pudding which came with a vanilla custard on the side which was also really good. 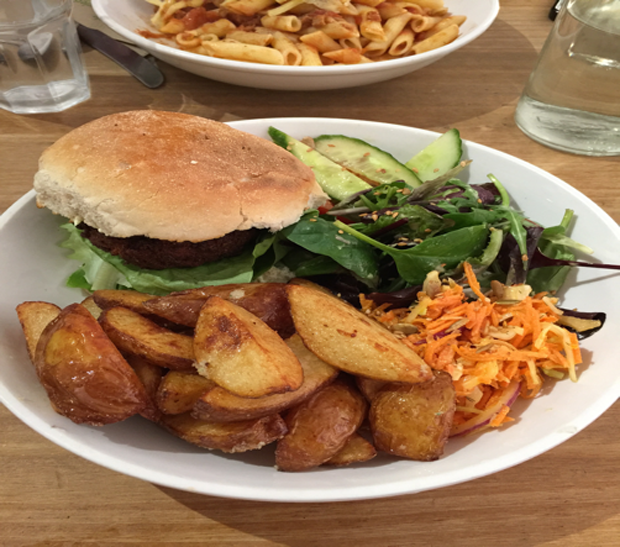 They have books to read if you fancy chilling out for a while, and also some other things you can buy such as recipe books, chocolate bars and some other stuff too.

In my opinion this is one of the best vegan ‘cafes’ I’ve been to in London so far. If you’re looking for somewhere with really nice cheap comforting food and big portions sizes then I would recommend this to anyone. So if your ever nearby, go and show them some love. 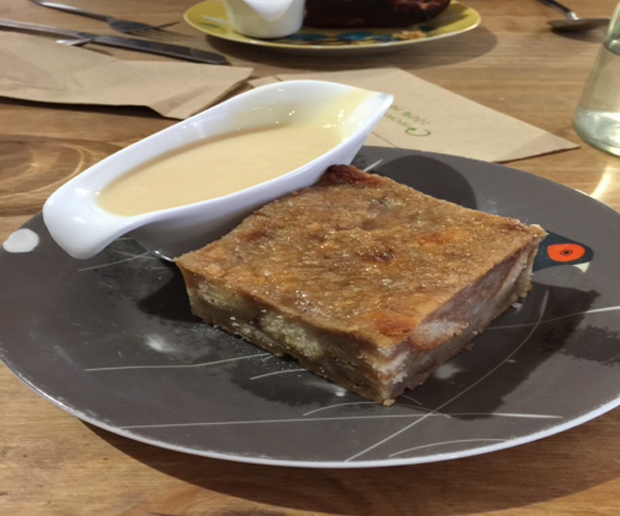